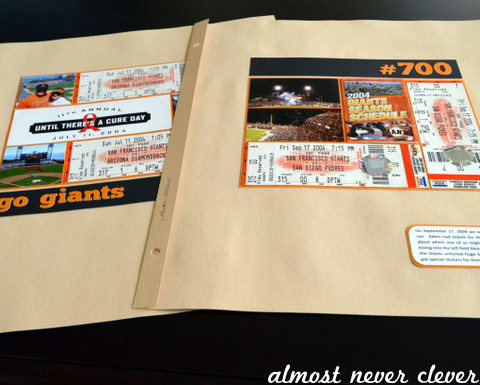 Ah, my favorite boys of summer, the San Francisco Giants.

I took all my Giants-related stuff for that year and put it together on two pages.

It’s a mix of tickets, other keepsakes and photos together to make one unit.

The left page has tickets and keepsakes from Until There’s a Cure day at the ballpark.  The Giants were the first professional sports team to host an AIDS benefit game and have been doing so annually since 1994.

Also on the left is a picture of the front of the ballpark.  The park has been through many name changes, so I wanted to capture what the name of the park was at that time.

The right page has tickets and items from when Barry Bonds hit his 700th home run (hint: we were there!).  I added some text on the bottom right of the page to tell the story of that game.

I love sports layouts, it’s so easy to pick a color scheme! 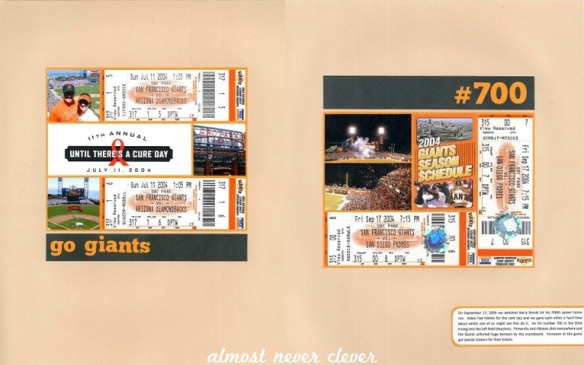