Did you know I have a day job?  Fascinating.

I’ve been crafting so much that it’s seeping into my professional life.  Earlier, I made a pretty calendar to brighten my desk at work.  I now see the possibility to change things that I had previously accepted as just drab.

This is my work notebook.  It’s a hardcover lab book that’s standard issue at my office.  I carry it with me everywhere and use it to keep track of projects I’m working on.

I carry this everywhere I go at work.

I was at Paper Source one day and saw this amazing paper.

Yup, no question about it.  This stuff was coming home with me. 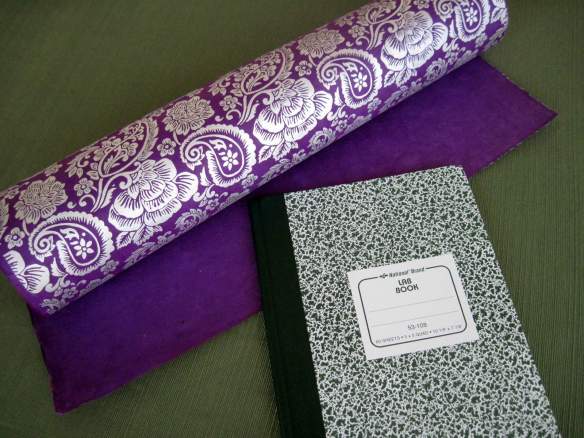 How to Mod Podge a Notebook

First, I laid the notebook down and measured around it, leaving at least an inch extra on each side except the side that would touch the binding.

Measure the paper, leaving a little extra around 3 of the sides.

I opted to cover each flap of the notebook separately and left the binding alone.

I placed a piece of newspaper inside each flap so I wouldn’t accidentally glue any pages together. 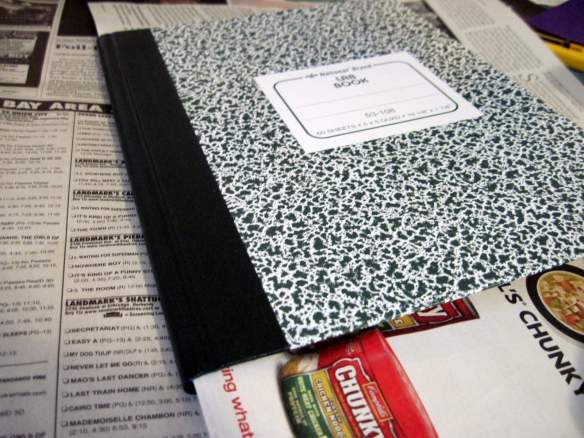 I spread Mod Podge over the cover,

Cover the area with Mod Podge.

and carefully placed the sheet on top, smoothing out as I went.  I find I get less bubbles if I spread the Mod Podge on the surface and then add the paper rather than Mod Podging the paper and sticking it to something. 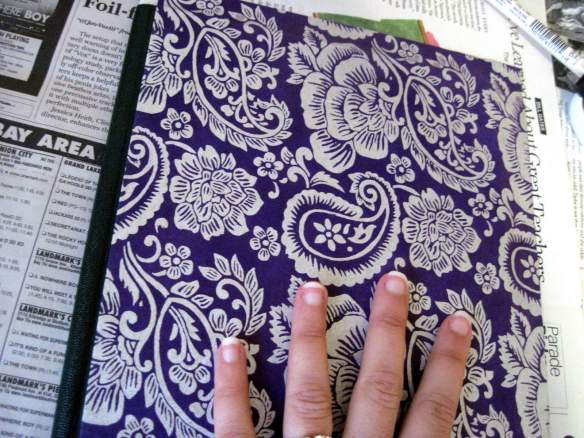 Carefully place the paper on top of the Mod Podged cover.

I repeated with the other side and let the whole thing dry at least an hour.

Then, I opened each flap and trimmed out the corner of the excess paper in order to create flaps. 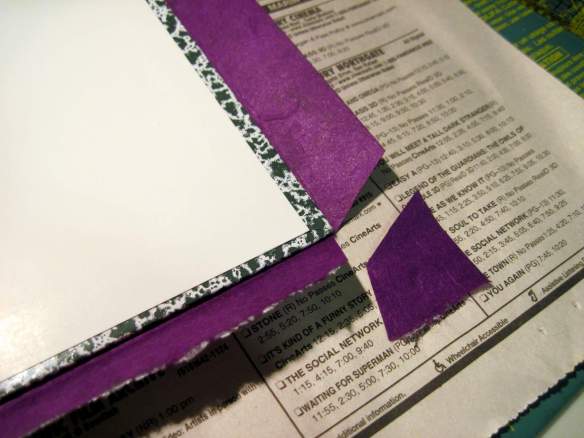 Cut out the corners to make flaps.

Spreading Mod Podge on each flap, I carefully folded them over and glued them to the inside cover. 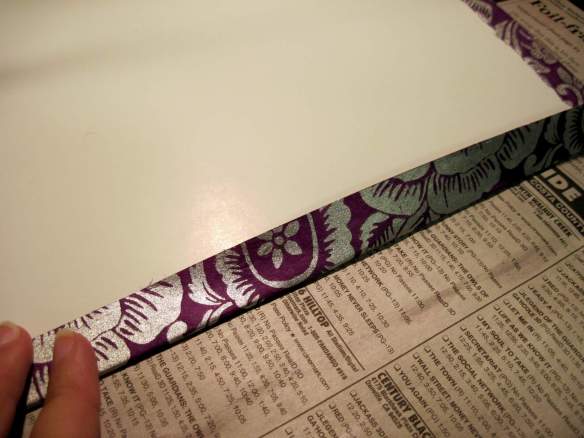 Fold flaps over to secure.

To give it a finished look, I cut out two pieces of white cardstock and glued them to the inside covers. 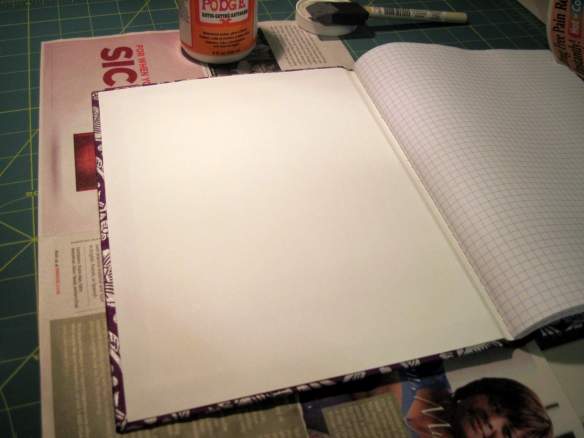 I let this dry for another hour and was d-o-n-e.   I thought about adding a layer of Mod Podge to the outside to seal everything but decided against it.  I’m still carrying this thing with me all day every day and it’s holding up really well!